Decorate orange and black all year-round

END_OF_DOCUMENT_TOKEN_TO_BE_REPLACED

Decorate orange and black all year-round

Turn your home into a spellbinding and hauntingly beautiful house this Halloween and all year-round. The color combination of orange and black isn’t singularly reserved for October 31st. These colors can be replicated throughout your home in modern and stylish ways. 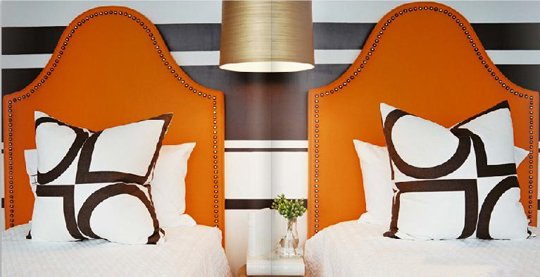 The pairing of black and orange has a rich history full of tradition. These colors trace back 2,000 years to the Celts, who occupied what is now Ireland, the United Kingdom and northern France.

Samhain marked the end of the harvest, the end of the “lighter half” of the year and beginning of the “darker half.” It was traditionally celebrated over the course of several days.  History tells us that the unbleached beeswax candles used in the various ceremonies of the festival were orange, while the ceremonial caskets were covered in black cloths.

The Celtic custom of wearing costumes and masks was an attempt to copy the spirits or placate them. Turnips were hollowed-out and carved with faces to make lanterns, also used to ward off harmful spirits.

The colors black and orange are an obvious choice to celebrate this holiday, not only because of the tradition, but also because they are reflected in nature during this time of year.  The orange colors of the changing leaves and harvest, and the black of night as daylight hours become shorter and shorter.

The combined expertise and experience of member companies makes Color Guild uniquely qualified to serve as a definitive resource on color and coatings.